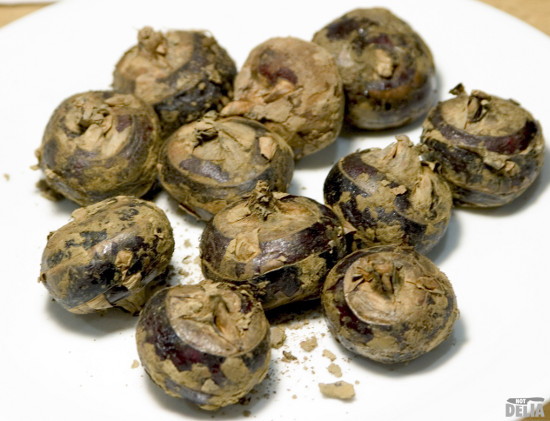 The water chestnut (sometimes called Chinese chestnut) is not a nut at all. It’s an aquatic vegetable that grows, under water, in marshes.  It’s native to Asia, and is grown in many countries for its edible corms (swollen underground plant stems, like tubers).

Most of us in the West will only ever have seen the tinned version of these, which is readily available in supermarkets. And if you’ve eaten water chestnuts in Britain, it’s likely to have been in a Chinese restaurant.

The crunchy, white flesh of the small, rounded corms is good sliced up in Chinese food as it adds a nice texture to the dish. They’re most often steamed or stir-fried and served in dishes with rice or noodles.